Playerist Poetry Magazine #8
on the theme of ‘Deep’
includes poems by Cathy Flower
and Yassin Zelestine
alongside lyrics
by Christine Collister
and more. 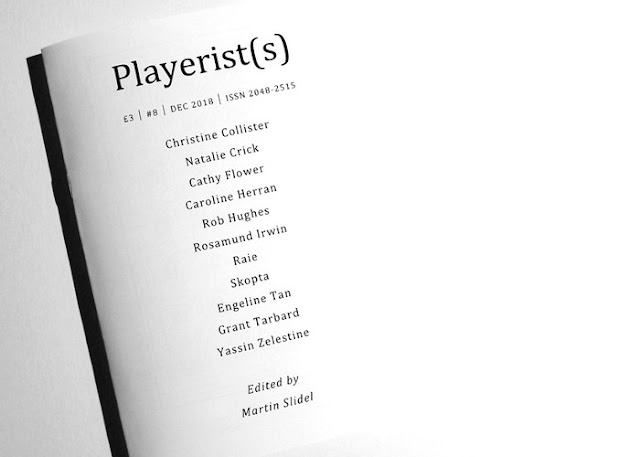 Posted by Martin Slidel at 04:16 No comments:

I’d like to say that the idea for this drawing came about as a moment of passionate and angry protest against what is an ugly, negative and hateful patch of humanity: the Westboro Baptist Church (WBC). But it didn’t. It was because I was amused by how ‘Pastor Phelps’ sounded like ‘Pasta Phelps’! I’m unsure why my funny-bone gets tickled by the things it does (a touch of arrested development?) but this puerile chuckle quickly led to an idea for an advert for a homophobic Pasta Sauce with ol’ Fred ‘Gramps’ Phelps’ face plastered on the label.

I have watched documentaries about Fred Phelps and his messed-up family. I saw the hurt they were causing, and the tragedy of brainwashing their own children, and I reacted with anger. Eventually, I realised that this response is what they want - and what ratings-hungry TV stations want too. Freak-shows and bogeymen that create strong reactions are always good for pulling a crowd. For a group that seems to hate most things beyond its confines, one could be forgiven for viewing WBC as a right little bunch of media whores whose members have studied the ways and loopholes of the law as well as, if not better than, any scripture. (Most of the families trained in law.) It doesn’t take Einstein to figure-out that they specialise in goading people to react before suing those who fall into their trap. Just as they’ve used religious ‘status’ for tax-avoidance or to save pennies for picketing.

There seems to be a pattern with these guys:

1) Turn up at the funerals of gay men, soldiers or whoever else the angry little voice of God (who lives inside Gramps’ head and only he can hear) is choosing to persecute that particular week.

3) Wind up the grieving or local residents and soak-up all that confrontational hatred!

So why bother even commenting on them? Why indeed. When someone thrives on causing pain, the worst thing to do is to feed them. But like all good attention-seekers they’ll find ways to get attention whilst tabloids milk it for all it’s worth. The two need each other. Sensationalised media elements prefer extremists who stir-up blame; rather than addressing subtler problems closer to home.

This brings me back to Pasta Sauce. Advertising and self-promotion is what WBC do best and what keeps the media going, so they have that in common. To my mind, most advertising has similarities with WBC: it’s manipulative; has nothing useful to give; relies on knee-jerk reaction; preys on emotion; is materially driven. Then again, you won’t get hatred shining through TV ads for spot cream, tampons or supermarkets that opt for patronising condescension, saccharine values, and annoying jingles and catchphrases (WBC have theirs: ‘God Hates Fags’ the equivalent of ‘Beanz Meanz Heinz’). If WBC’s ‘brand marketing’ were analysed it would be like Marmite – ‘You either love it or hate it’. Of course, the only people who love it ARE the Marmite. They love to hate. They love the taste of hate.

Other family members have escaped control of their sinister patriarch. The most notable being Fred’s sixth son Nate who left at eighteen and is now a gay rights activist and founder of ‘Recovering from Religion’, a group specialising in helping victims of harmful cults. Granddaughters Megan and Grace left the church very recently. Megan wrote an eloquent, sober and encouraging Blog that is well worth checking-out. Phelps’ biggest and most bitter defeat is that his children have slipped through his grasp, found their own voice, and a more positive way to live. If only we could all just stop having our strings pulled by advertising. 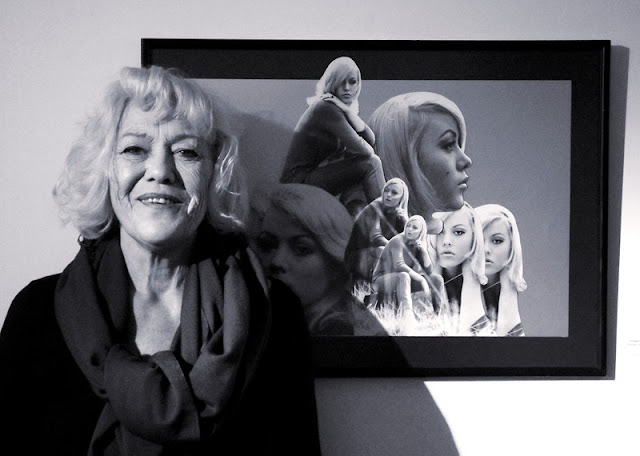 Goldfinger ranks amongst the most influential of film title sequences and is iconic in cinema history. Consequently, Margaret Nolan is wary of focus on what is for her a minor aspect of an eclectic acting career. The imagery defines a level of artifice prevalent in popular culture to which Nolan continues to respond. Her photomontages impart a unique and personal dialogue intrinsically related to a view of a woman and how a woman is viewed.
MS: As the model did you assume a definition of artifice or set yourself apart from it?
MN: I was completely steeped in the concept of the artifice of women presenting themselves. It was just another job – posing in front of a camera for the titillation of men.
MS: Were you keen to escape the high glamour or to embrace it and use it?
MN: I absolutely embraced it when I was able to, when I was glamorous. You don’t go on embracing it – that is pathetic. It was just part of being young and beautiful.
MS: Was it something you were consciously aware of using?
MN: I wasn’t consciously aware in that sense. That was just what I did for a living.
MS: What internal responses gel via your personal relationship with the imagery over the course of adult life?
MN: It’s an ambivalent feeling. It’s pride that I was blessed with being attractive. Also that it’s all that a lot of people saw of me. And there was a whole lot more that was the antithesis of that.
MS: Does the imagery liberate or celebrate womanhood?
MN: It does celebrate the physical form. If I’d been nude it might have been about liberation because up to that point you wouldn’t have seen a nude woman in a publicly visible thing like that. I could have been very pretentious and said this is liberating. But because I was dressed-up anyway I didn’t get that sense.
MS: The gold paint; the patina of projected film; the captured image projected onto the cinema screen: is it a process of layering to cocoon or expose you?
MN: It’s both. It’s interesting but you do feel like that when you’re modelling – cocooned – [cocooned and exposed] at the same time.
MS: What is false? What is true?
MN: Every time I think of philosophical things it takes me back to this thing about us being part of the earth; that we have evolved from the earth and that this planet is what we have become suitable for. It’s false to imagine that we’re in any way set-up against our environment; that we have to destroy, plunder, rape, or take away from anybody else to get our own needs met.
Do you know, you could take it down to things like the Goldfinger titles by saying that it’s a false concept that a beautiful woman will enhance your sex-life. But people have always liked looking at beautiful things. It’s part of human existence and in a way you reflect the environment around you. A beautiful woman’s body is very much to do with the environment; the undulating lines, and vice versa – they’re both connected. We’re geared to find the human body beautiful and to find the environment beautiful because our impetus is to survive, and that’s how we’ve survived. We’re interacting with the human body and the environment.

I am without you.

I do not know you.

I have always known you.

I hate myself in you.

With you I am still without you. 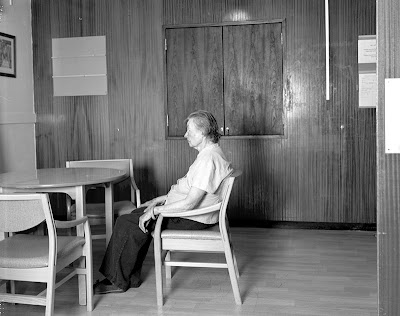 An engagement with the discourse of free-play is a model for self-learning and artistic exploration. Playerism is the play of the mind; the reality of pretend; the balance of perception and experience. 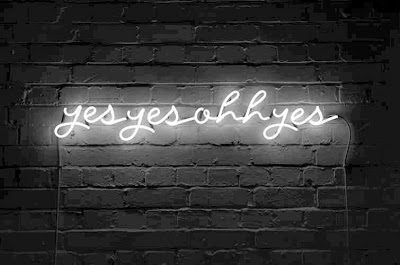 1) Sometimes it can be difficult to make choices in life but every decision can be rethought and re-orientated to a new direction whenever you want.

3) Remember that it’s essential to make mistakes because you learn with them.

4) Pay attention to what makes you grow; don’t waste your time on negative thoughts.

5) Pay attention to what you think and feel during the processes in life because that matters more than what you planned reaching. 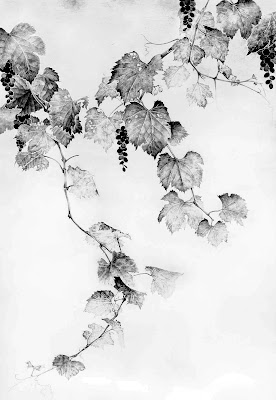 Sunday afternoon waking up,
A weekend gone in a coffee cup.
Milky memories swirling round,
The tapping of a teaspoon
Bringing back words and wine;
Words and wine are on my mind.

Outside first signs of Monday forming;
Grey clouds heavy sighs are calling.
Falling, my spirits crawling,
The tapping of a teaspoon
The longing for a silver moon;
Words and wine are on my mind.

Inside the clockless walls are beating;
Aching butterflies dance within.
More coffee is on the brew,
And still the hazy thought of you,
Words and wine come back to me
Don’t let the last drop be gone. 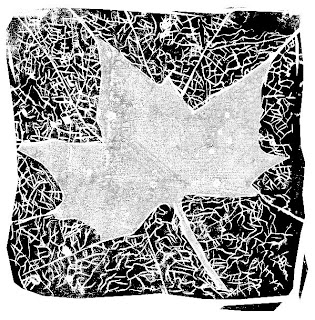 Looking back on autumnal ways,
On wood-smoke, frost, tea-soaked days.
I can smell you through the deadened leaves
Falling from weary, wind-swept trees;
I can feel you through the bitter air
All around me, I know you’re there.

Searching back to September ways
To long walks on cold Indian days,
When hands and fingers unite, numb and thin,
In another’s pocket, seeking warmth within.

Looking back on autumnal ways
On sun-drenched, fire-fuelled days.
Curious how the chestnuts’ fall
Represents to nature a knell-like call;
Life creeps away from Narnia’s spell,
And only we, it seems, are left to dwell.

Reaching out to October ways,
Sat in the park on brief, gloomy days,
Before retreating to a crowded coffee shop
Our cheeks aglow; tea, pot after pot.

Wandering through autumnal days,
I wade through leaves and familiar ways.
Let me linger in this golden daze
Far, far away from Spring´s verdant glare;
For I can feel you in the bitter air
All around me, I know you’re there. 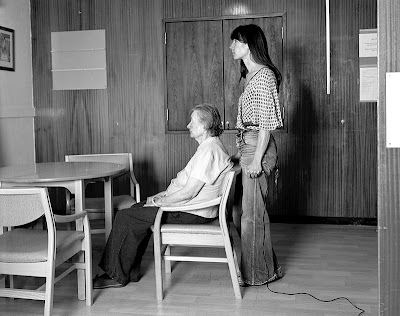 Previous Personality explores my relationship to my mother as she recedes into dementia. I started photographing my mother and myself when she stopped recognising me as her daughter. The documentation lasted three years, exploring a journey of reversal and erosion. The title is derived from a section in the form I had to fill out for my mother, upon admission to her institution.

There is a strangeness of being inherent in this condition; an altered state where the family member shifts into another being whilst retaining the physical appearance of the former self. Photographically, I tried to reflect this state by creating images that are simultaneously uncomfortable and aesthetically pleasing. This mirrored the interior and exterior conflict of the illness.

My clothes were used as a visual reminder that whilst I had the freedom of personal expression, members of staff now chose my mother’s wardrobe – bought from a generic clothing company that visited the home on a monthly basis. I never got used to seeing my mother in these clothes and, together with her growing sense of alienation within her ‘home’, they came to visually represent her loss of self.

What remains when almost everything is stripped away? A silent negotiation took place through emotional and physical intimacy. Few words were exchanged except repeated utterings of love, and the remembering of who I am and who she was.

Photography as a medium seemed to serve the situation well. It was a record to capture my dying mother, a means to examine our state, and perhaps to create an alternative family album. Photography also seemed to fit the muteness of illness and ageing. The decision to include myself followed my concerns with the objectification of my mother. I felt that by joining the frame, I would challenge my position and my safety as a photographer in order to further explore my role as a daughter and my relationship with my mother at this time. 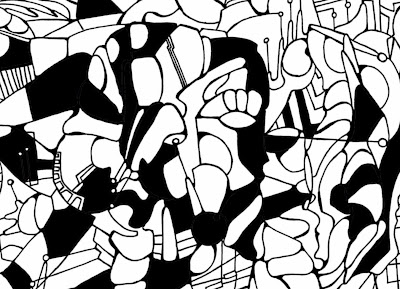 I disintegrate, then reappear;
Avoid losing my silver wings
Soaring like a pendulum airborne
Free from a face of despair and
Back to the appointed dream. 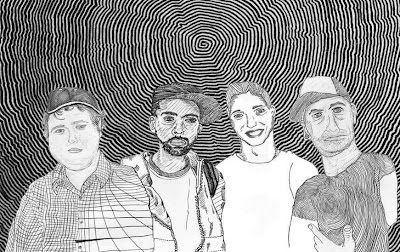 Martin Slidel
I am here and here I am